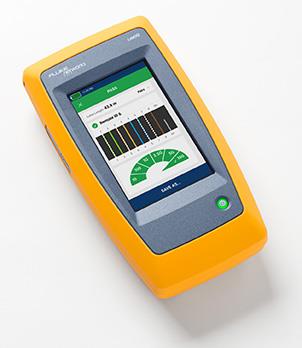 Eindhoven, Netherlands. 28 March 2022: Fluke Networks announces an upgrade to its LinkIQ™ Cable+Network Tester that expands the tester’s ability to test and troubleshoot IP networks, and support users in 12 languages. This new software is shipping in all new LinkIQ units and is available as a free upgrade to existing customers.

“Our network test features give these professionals visibility into network connectivity and response time of key resources, allowing them to verify and troubleshoot end-to-end network issues.”

The 1.1 software release is available in the LinkIQ Cable+Network Tester, which can be purchased from Fluke Networks resellers worldwide or at www.flukenetworks.com/LinkIQ.

Current owners can access the new firmware and LinkWare PC by visiting: www.flukenetworks.com/support/downloads.