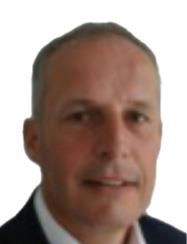 By Paul Ward, director of international commercial and marketing, ETELM

Private 4G/5G communications offers an exciting opportunity for mission critical users – the move towards high-speed broadband services will enable new, advanced applications and offer significant operational improvements for users. However, there will still be a demand for traditional PMR technologies….so can the industry gain more than just the improvement in data services?

ETELM has long been providing mission critical infrastructure, specialising in TETRA, more recently our own LTE RAN and an advanced Hybrid TETRA & LTE system called 4G Linked. Having developed our new range of mission critical LTE base stations it became clear that the powerful 3GPP Core networking standards could (and should) be used for all communication technologies across the sector.

Traditional narrowband PMR technologies will be required well into the future…affordability, spectrum availability, cell coverage and re-use of existing subscriber equipment are issues that need to be considered. We believe that a hybrid approach to technologies is the ideal solution to allow users the best choice; and a fully integrated, single network solution will always be more cost effective and a better solution than gateways to separate networks.

The TETRA standard was developed over 20-years-ago and a major benefit was the interoperability between subscribers from different manufacturers. However, interoperability at infrastructure level was never fully implemented by vendors. This proprietary issue created difficulties for users; it was particularly restrictive for governments deploying large national TETRA networks and they were locked into single sourcing which limited options and stifled competition.

In the UK, ESN wants to move from a long-term managed service contract (Airwave), paying per subscriber for what is essentially proprietary system. Migrating to a new technology at a national scale is always going to be complex, but for ESN it has been extremely challenging as it moves from a proprietary network and an exclusive operator. Although moving to broadband services was the correct decision, initial timescales were over optimistic and based more on commercial pressures (due to fixed monthly fees) rather than realistic availability of technology. Although the new MCX standards for LTE have developed at pace, they were never going to meet the initial ESN deployment plans to start replacing Airwave in 2019, making delays inevitable. However, the MCX standards have matured rapidly and the benefits will no doubt soon be realised.

Supplying infrastructure for security and public safety means collectively working towards a future where customers are not left locked-in to a supplier or service – and we have a responsibility to ensure migration paths are more seamless and less complex than they are currently.

Different technologies can inter-operate on the same core network, reducing costs and increasing options for users, while simplifying the architecture by avoiding gateways and separate interfaces. ETELM’s 4GLinked TETRA base station can co-exist with eNodeB’s on the LTE core network….so how can we take this opportunity to revolutionise how vendors of different technologies co-operate in the future?

The technical solution is possible and lessons can be learnt from the network standards established by 3GPP for the mobile consumer market – the 4G and 5G Core network is internationally standardised and all base stations from different vendors inter-operate on the same network. Operators can select suppliers based on a competitive market and the ability to switch suppliers quickly should the need arise. This competitive approach has been a major factor in the rapid rate of deployment and technology advances in the consumer communications market.

All infrastructure manufacturers can adopt the same approach and develop their technology into the 3GPP standards for core networking – creating a single eco-system for all communications technologies and allowing users to select and mix technologies based on cost, service and user requirements. ETELM’s TETRA eNodeB’s demonstrate this approach as they can connect directly to any LTE Core network in the same way as any LTE eNodeB, by utilising the LTE-S1 connectivity standard. This allows our TETRA system to be deployed over the same, single network core solution alongside 4G and future 5G base stations. The solution has been successfully tested at 3GPP Plug tests and already deployed in numerous scenarios for emergency services.

3GPP’s 4G and 5G networking standards are open, so any vendor can develop the same solution into their base stations. It means we can all benefit from the advances in core networking and allow inter-system and inter-technology solutions over a single core. The technology is available but commercial barriers remain – this is where users can influence vendors and ensure that they never find themselves locked-in to proprietary networks.