Feature articles you may have missed: 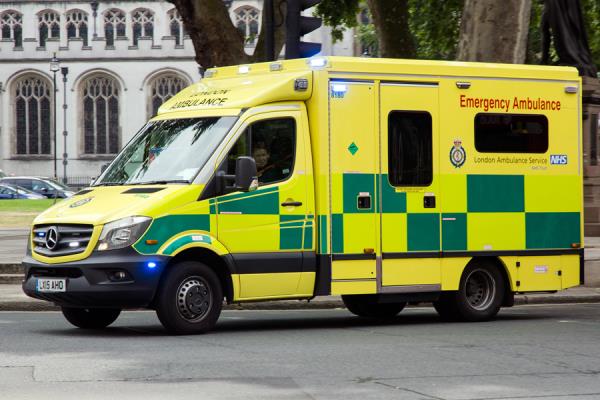 If you consider all the networks or platforms that form the backbone of any nations’ methods of communication, you’d have a thankless task finding one that’s more important that one adopted by the police, fire and ambulance services. Known on these shores as the emergency services network (ESN), it’s what keeps the country on its feet and is something we have all used or will have to use at some point in our lives.

However, like any other network, the ESN needs regular maintenance, a need not to be overused/abused by time-wasters and prank callers, new and better technology and of course, cold hard cash to fund it all. The UK has certainly had its challenges with some, if not all of the above.

Nothing put the emergency services under the spotlight over the last 12 months (and counting) like the pandemic. The demand for hospital services caused by the rampant coronavirus has put ambulance staff in England under “unprecedented pressure”, with handover delays on a scale not seen before.

That, of course, has put extra strain on the emergency services and so the nation’s Emergency Services Network (ESN) has had to deal with unprecedented levels of traffic.

Add to that a raft of protests across the country in which all three emergency services were deployed, the ESN is under constant strain. Of course, the situation wasn’t helped in September last year when permanent secretary for the UK Home Office, Matthew Rycroft,  informed the Public Accounts Committee (PAC) that the new over budget 4G based ESN is now unlikely to completely take over from the existing platform until early 2024 or late 2025. Previously it was due by December 2022.

At present the emergency services interface via the Motorola-owned Airwave network, which is believed to cost the UK around £3bn and harnesses the TETRA (Terrestrial Trunked Radio) network technology.

“We have had a reset and the reset is not just about technology,” Rycroft said at the time. “It is also about mindset, and the mindset reset is to put the users at the heart of this. That does take a little bit longer, but I think it is time well spent in order to get a programme that they can support, and so that’s what we are doing. In terms of the dates, the absolute latest that we could turn Airwave off is 2025, and what we are seeking to do is to accelerate that date so that we can turn it off by the beginning of 2024. If we could turn it off even sooner than that, then obviously we can, but I don’t want to give a date which then doesn’t get met.”

You’d be forgiven for thinking that all makes for very grim reading. However, things are moving along.

In the autumn of 2020, mobile operator EE, which won the contract to construct new sites and to develop a new core for the ESN, said its job is nearly done. It has built circa 1,000 new masts, upgraded 19,000 existing locations and is deploying long-range 800MHz spectrum to deliver widespread coverage. The new core will mean the network will be able to prioritise ESN traffic when required.

This means ESN will transmit fast, safe and secure voice, video and data across the 4G network and give first responders immediate access to life-saving data, images and information in live situations and emergencies on the frontline.

“Testing this time included group call, private call (in/out), ambient listening, status message, emergency calls, text messages and broadcast, all of which were successful thanks to the hard work and dedication of the teams,” says Andy Madge, managing director, Frequentis UK. “In addition, we will be delivering functionality to support interworking between existing Airwave and ESN to provide a smooth transition for our customers as they move to the ESN network, allowing both networks to be used in parallel. We are pleased to be able to adapt LifeX to fit the needs of ESN in order to further support emergency services operators in their challenging role.”

Another long-time supplier of critical comms equipment is Sepura, which not only provides complete communication solutions to all emergency services, including larger organisations such as police, ambulance and fire teams, but also counter-terror, military police, border and specialist operation teams, as well as local government organisations. “Our solutions are also used by rescue and other emergency response teams, as well as by other mission critical users, primarily transport, utilities, airport and oil and gas providers,” says Terence Ledger, worldwide sales director, Sepura. “Our communications solutions join the control room with field operators, enabling improved situational awareness and improved operational outcomes.”

While the emergency services do, thankfully, have the very latest in technology to help essential and key workers carry out their jobs to the best of their ability, Ledger says all kit,

both hardware and software, are constantly under review, to keep in line with best practice and to match evolving operations. “This is particularly the case with software which can be designed around an organisation’s specific needs and can be quickly and easily updated when necessary,” he continues. “Before new products or software are accepted, they will go through rigorous testing both by the manufacturer and the end user, to ensure their reliability and suitability for the task. However, user organisation often refresh their entire radio stock together, to ensure identical user interface and programming solutions for all users. For this reason and given TETRA radios’ well-earned reputation for robustness and reliability, radio fleets are often in service for over five years.”

Ledger warns that this “is likely to be a significant obstacle to adoption of broadband devices for mission critical devices by large organisations”,, because of the reliance on consumer-derived components, the devices would need to be updated much more regularly. “The cost for this across an organisation, when also tying in retraining, infrastructure upgrades and testing periods, is arguably currently prohibitive,” he says.

“One of the police forces that we have permission to identify is Thames Valley Police due to the activities associated with Prince Harry and Meghan Markle’s wedding,” says Chris Mason, Rajant VP of sales EMEA.

“A significant requirement for work with UK Police Forces is to provide secure wireless networking. One key aspect of Rajant’s technology capabilities is the multiple encryption levels built into every network node called BreadCrumbs. This ensures that demanding users such as the Police can implement security across the Rajant wireless infrastructure. As a result, there have been no security issues when deploying.”

MLL Telecom also works with the emergency services. As well as the Scottish Fire & Rescue Service, it also provides services to Police, Fire and Ambulance services in the East Midlands, Herefordshire and Norfolk & Suffolk. These include

“One area we have seen increase in emergency services in the last 12 months is the demand for private circuits and wires-only WAN connectivity, to support the use of customer-managed SD WAN networks,” says

Ross Duke, technical director at MLL Telecom. Duke says that when it comes to security, maintaining the security and integrity of personally identifiable information continues to be the biggest concern across all areas of emergency services. “This was highlighted with the Wannacry ransomware attack on the NHS in 2017 and remains one of the widest impacting attacks we have seen,” he adds. “The most effective way of dealing with this and other threats is ensuring suitable processes are implemented effectively and that staff are appropriately trained in line with NCSC guidance.

As we look to the future, the fifth-generation technology, better-known as 5G is being rolled out across the country and is expected to be a major “game-changer” for a number of sectors.

There are challenges associated with 5G deployment, of course, not to mention a number of detractors. This technology requires three times as many base stations as LTE, due to higher frequencies. In addition, there is typically a threefold power consumption increase for a 5G base station. Then, factor in that initial investment required for a 5G base station is several times more than that needed for an LTE unit, which could prove cost prohibitive in the case of privately owned and managed 5G networks.

5G technology will be a key element for IoT - or the “interconnection of everything” - since it will allow billions of devices to be connected simultaneously. “This will be one outcome of the significant improvements 5G will deliver in mobile coverage, capacity and time delay reduction, and can be expected to take society as a whole far beyond the current realms of smartphones and 4G,” he adds. “ But how will this virtual ubiquity of ultra-fast, low latency communications and interconnected devices impact on critical communications and the work of emergency services / first responders? The short and honest answer is that we simply don’t know yet, but for sure we’ll see dramatic changes once 5G becomes a reality. Innovators can begin to bring to market new ideas and working practices through applications including, but by no means limited to, Artificial Intelligence (AI), Virtual Reality (VR) and the likes.”

Ledger says 5G provides an exciting opportunity for commercial users to have access to more business-critical data to support their daily operations, but critically 5G is an extension of 4G and mission critical operators are still waiting for standardisation to really happen for mission critical broadband.

“For mission critical users – primarily those in the emergency services and those protecting critical national infrastructure, the most critical aspect of mission critical comms is voice,” he adds. “At present 5G fails to provide mission critical levels of coverage, encryption and data security. In addition, the industry has not agreed standards to allow interoperability across multiple manufacturers. Therefore in the immediate short term, it is unlikely that many will move away from the trusted TETRA or other mission critical platforms. In time, when 5G has been regulated, tested and approved, there are exciting opportunities to join together mission critical voice and data solutions.”

Nick Koiza, head of security business at Plextek, says that as the critical communications industry gradually transitions, “we are expecting to see it complement or replace highly- reliable” and secure TETRA (2G) networks with LTE (4G) technologies.

“Nationwide LTE systems for public safety are proceeding with the roll-out of the ESN  in the UK,” he says. “The 3GPP community has developed a set of standards for Mission Critical (MC) functions, such as Push-to-Talk (MC PTT), data (MC Data) and video (MC Video), hopefully delivering on an expectation for LTE data speeds and enhanced capacity. This would provide considerable benefits over aging TETRA infrastructure, without compromising on strong features such as high availability and security – both of which we have grown accustomed to with well-proven digital Private Mobile Radio (PMR) technology.”

For Duke, the emergence of 5G is an interesting topic. He believes that as a technology, with the bandwidth and performance (latency) it can offer, it has the potential to replace fixed line connectivity in many situations.

“However, this is greatly dependant on the way the mobile operators implement and make available their service offerings,” he warns “From that perspective it’s very early days, and we’re really seeing 5G today being used as a higher-bandwidth alternative to existing 4G offerings. Ask me again in 18 months.”