Feature articles you may have missed:

The future of fibre 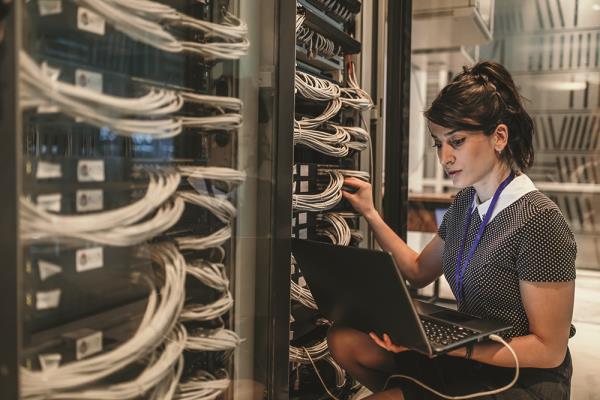 Cast your mind back to the 2019 general election campaign by the Labour Party, in which then leader Jeremy Corbyn made an audacious pledge to give every home and business in the UK free full-fibre broadband by 2030 if it formed a government.

Labour suffered a thrashing at the polls and so Corbyn was unable to deliver on his promise, yet there were many detractors who saw the plan as a complete waste of money, claiming that this high-speed service could be obsolete by the end of the decade. Yet, from an enterprise’s point of view, would they have been sold a dummy?

“Just as the public switched telephone network (PSTN) evolved and increased bandwidth over the years, fibre has a long roadmap ahead of it, “ he says. “With ongoing development, it will far surpass its current capabilities – into the terabits per second - as we uncover new technologies to find fibre’s full potential and fibre will be the future-proof backbone of connectivity for decades to come. It’s currently the only solution that can deliver the stability and robustness required both now and far into the future, so we believe it is very much here to stay and will support our ever-growing need for robust communications.”

There’s no doubt that fibre is helping to future-proof the UK infrastructure, but with 5G getting stronger all the time, shouldn’t we be investing more in that or wireless technology in general?

“5G and fibre can be considered complimentary technologies for a connected society,” Stéphane Chabot, vice president, test and measurement at Exfo. “5G brings higher capacity, closer, to more users, but the increased density of access points in 5G means that fibre will be an absolute necessity for metro and wide area backhaul connectivity. As an example, the recent announcement from O2, Three and Vodafone to share infrastructure in pursuit of greater rural telecoms service access demands it.”

Helm broadly agrees: “Wireless (whether we’re talking 5G or satellite access such as SpaceX’s Starlink strategy) are great solutions for specific needs, but they still need to get their bandwidth from somewhere on the ground. A growing number of homes and businesses are relying on stable, reliable, high-bandwidth fibre connections right now, and this is only going to increase as we add more smart devices to our homes and businesses.”

Let’s talk 5G for a moment. In terms of bandwidth, it provides around 1GB, whereas fibre can deliver up to 1TB. Yet, Farnan argues there are many specific use cases, particularly in the IoT space – smart factories, driverless vehicles, remote surgery, agriculture etc. – where 5G is providing the mobile connectivity required that fibre cannot.

“When it comes to latency, certain millimetre wave radio technologies perform better than fibre but fall short in distance,” he says. “There’s some interesting research going on at the moment around hollow fibre. Currently the speed of transmission in fibre is about two thirds the speed of light. In hollow fibre, the lack of glass allows speeds that near on the speed of light. Again, this is very limited in achievable distance, but it will be interesting to see possible use cases develop focused on the last mile, where you can achieve much better latency than with glass-based fibre.”

Investment is clearly needed in fibre regardless, because without it there is no 5G, as the latter’s success relies  on a backhaul network connection that’s readily available and as fast and reliable as the mobile technology itself.

Let’s not forget satellite broadband, either. Farnan says suburban or rural connectivity are typical use cases, and some corporations in remote locations have been using satellites for many years. “But, yet again, this is a complementary technology rather than a threat to fibre,” he says. “We can find great value in emerging technologies when we consider their unique use cases and the opportunities they provide, but I don’t think they will ever be a primary technology for communications.”

So, now we know how important fibre is, why is it and why should it remain the best option for enterprises?

There are of course other services and technologies out there but Helm agues the fact fibre is future-proof and highly scalable means it ensures the end-user’s capacity can be simply turned up or down depending on the company’s need, without new lines or downtime.

“Fully monitored end-to-end, it’s reliable and low latency, which bridges the global communication divide despite the distance,” he says. “It’s inherently more secure and also removes the necessity for onsite servers as data can be immediately accessed remotely, allowing users to work from wherever they may be. As our technology becomes smarter fibre has the capacity and capability to enable the move to a fully connected global network with high bandwidth and minimal latency - that’s why it’s ideal for enterprise.”

For Chabot “fibre has long been the backbone of the enterprise and will continue to dominate deployments”, as more devices are connected and higher speeds are required.

“Enterprises are also faced with connecting people to applications which could be hosted on, or off premises in public, private or hybrid clouds, depending on data needs such as security, latency and processing power,” Chabot continues. “High capacity, high quality, fully assured fibre data networks are going to be absolutely critical for connectivity to those cloud-centric services.”

While the benefits of fibre far outweigh the negatives, the physical materials are not immune to wear and tear or unexpected damage. After all,  fibre is thinner and lighter than metallic wiring, so it makes for a more delicate system. Just how problematic is that?

“True, fibre is more delicate, but it’s already used in almost any imaginable environment around the world because manufacturers are offsetting these weaknesses with robust encasements that suit the environment in question,” says Helm. “Our understanding of materials has evolved over the years, enabling fibre to be used in environments and conditions that were never possible with metallic wiring. It all boils down to ensuring that the glass filament is protected, and in many cases, has been given more thought and design than its metallic predecessor. However, engineers should still take care because at the end of the day, the strongest cable – metallic or fibre - can still be damaged by sub-standard installation.”

Then, of course, there’s ‘fibre use’, which is a catastrophic effect that occurs when an imperfection in the fibre precipitates heating and the local temperature approaches 1000 °C. At that elevated temperature, laser radiation propagating through the fibre is strongly absorbed, resulting in the temperature escalating rapidly. Surely, that’s also a major concern?

Helm argues that “as with any technology, if you purchase poorly manufactured products”, installation standards are not high enough, or usage exceeds the product’s capability, there is going to be a failure at some point – it’s a given, the question then becomes ‘when?’

He continues: “Fibre fuse can affect large lengths of fibre, even kilometre’s-worth of infrastructure, but one of the major benefits of fibre is that everything can be proactively monitored at both ends. Meaning imperfections and capacity issues can be immediately reported as soon as they appear, reducing the chances of an outage and negating much of that risk.”

Great, then, that there are procedures in place to help prolong the life of fibre kit, but just how often does it need to be updated? Or, in other words, how sustainable is it?

“It is more than sustainable, says Chabot. “Fibres are engineered for 25-30+ years. It is the cables themselves (shielding the fibres) that have a shorter lifespan, where the physical longevity of the cable will range from 20-25 years.

Farnan concurs and adds that laying new fibre leaves a carbon footprint; the process of creating the physical fibre and the process of physically digging and laying that fibre in the ground both incur environmental costs. “Technology and processes can help make fibre more sustainable and there’s a lot of effort going into this area,” adds Farnan. ”There are technologies that increase fibre capacity and provide more bandwidth for the same amount of fibre; increasing efficiency and avoiding the need to lay new.”

Colt, Farnan says, uses AI to mine our inventory systems to identify ceased fibre that we can reuse elsewhere; saving on new fibre, its related digging and the carbon emissions involved.

Another accusation levelled at fibre is that cables are limited in the sense that they can only propagate light in one direction. If bidirectional communication is necessary, does mean extra costs?

“Not necessarily,” says Helm. “It is more about the transceivers at either end of the fibre than the fibre cable itself. Right now, the cost-effective method is to leverage two cables, one in either direction, which is why we see many fibre providers offering synchronous services, which was not the norm with traditional copper technologies. But bidirectional transmission over a single filament is possible, using different wavelengths for each direction, which is where a lot of the research and development in fibre is currently focussed. If we can find ways to layer even more wavelengths, then the possible potential for fibre grows dramatically and we’re excited to see where this may lead.”

Then, of course, there’s expense. Offering the best technology and service is one thing, but what’s being done to bring down the cost of fibre?

Helm says just like any other product, price fluctuates through supply and demand, exchange rates, manufacturing costs, etc. “Fibre is now manufactured around the world, has a good level of competitors that is constantly growing. Early patents are coming to a close and it is now a very much established and tested product, so prices are falling,” he continues. “But as our understanding of the material and data processing in general advances, manufacturing costs will continue to drop, reliability will increase and competition will grow, driving down long-term costs even further for the supply chain.”

Chabot argues that there will always be competing technologies, such as the emergence of a new generation of high-capacity satellite systems and private wireless networks. “Ultimately, enterprises will choose whichever connectivity solution suits them best,” he says. “However, fibre is a proven technology offering an ultra-reliable high-speed connection, which is still undergoing its own evolution in capabilities, often itself “back hauling” private wireless and satellite access points to data centres.

Farnan believes not only that fibre will still be around at the turn of the decade, it will be everywhere.

There are signs of this in the many rollout initiatives seen across the world, in particular around FFTx in all countries, as well as government-funded projects,” he says. “In 10 years’ time, I think this acceleration of fibre availability will have reached far and wide, missing out only the most rural areas.”

However, Farnan says the threat to fibre is that it will become a commodity and that its value will be eroded over time. That’s why operators like Colt are also investing in the overlay and focusing on the service layer as a differentiator,” he adds. “Eventually there will be more opportunity found in partnering with other operators to gain complementary coverage than in digging new. There’s no point in spending huge amounts of money laying your own fibre when fibre is already there, ready to be used in an ecosystem collaboration with a partner.”

That said, fibre sounds like it has a safe future…for now at least.

“Looking at bandwidth capacity, there is nothing that can surpass fibre today and in the near term,” concludes Farnan. “But emerging technologies have a role to play and there are some use cases fibre cannot cover.” Time will tell.